Archive II (The Beyond)

The Archive is an ongoing and evergrowing meta-project where Hollow’s pre-existing worlds bleed into new ones. Its second chapter revolves around the inaccessibility of the future and how predictions and speculations shape the present.

It can be viewed as the continuation of Summit, a performance from 2019 where Hollow foreshadowed the obscure conditions of a planetary event that radically changes life on Earth. While Summit, retrospectively titled Archive I, immerses the audience in the ultimate moment before a so-called “Future Event,” this chapter takes place in “the beyond”, after the inevitable end.

Archive II (The Beyond) contemplates about hope, childhood, aging, and memory in the company of specters, interwoven with unbreakable metalwebs. It was first presented as a series of online public livestream performances at Placcc Festival in Budapest, and later transformed into an immersive installation and performance in the group show titled Mine My Mind at art quarter budapest. 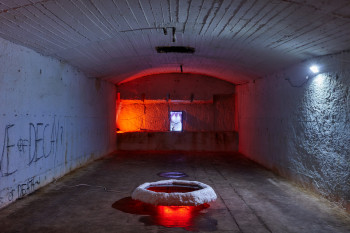 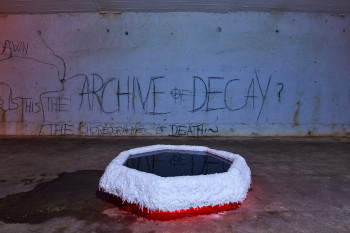 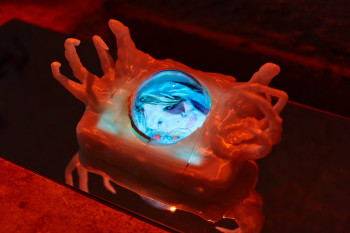 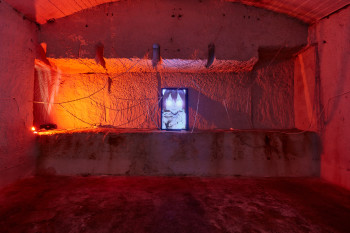 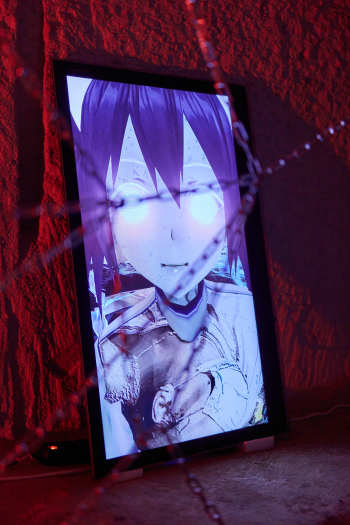 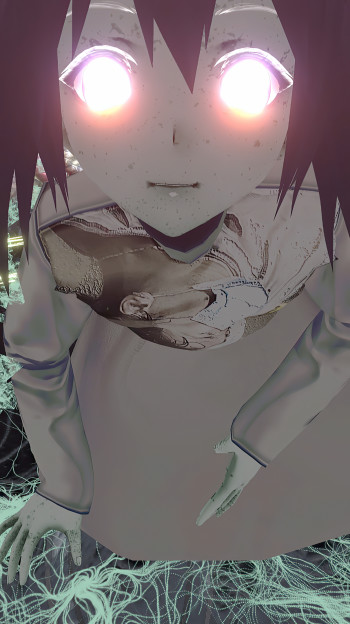 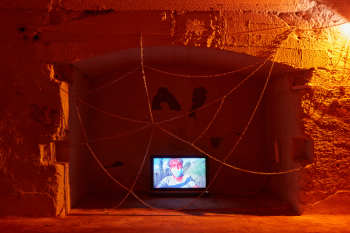 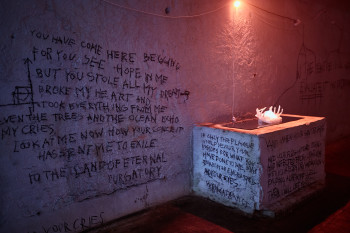 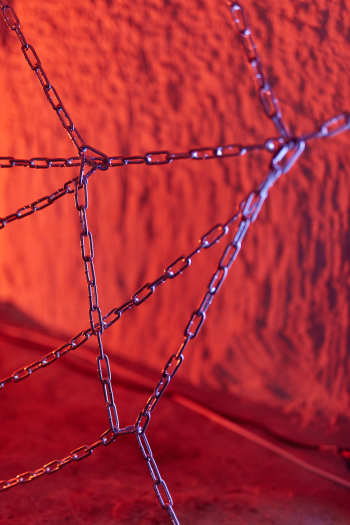 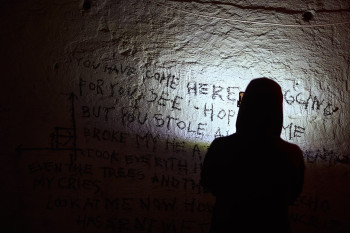 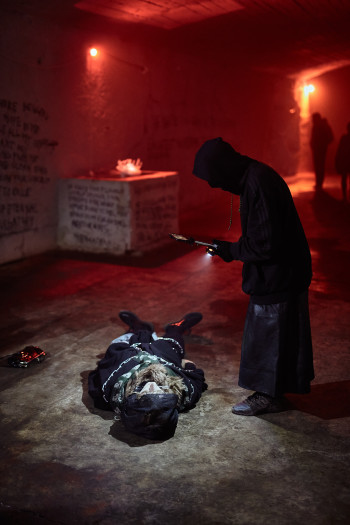 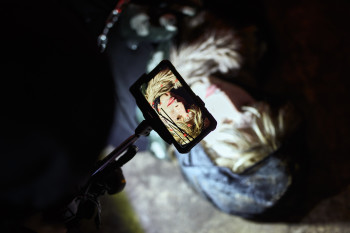 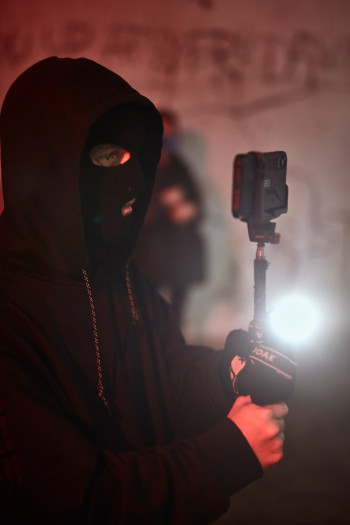 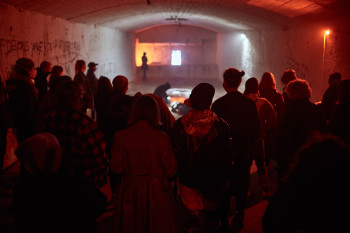 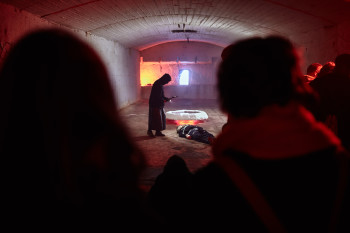 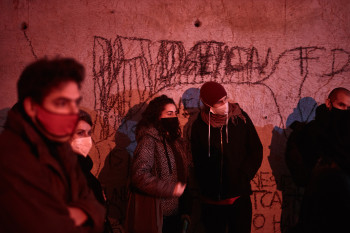 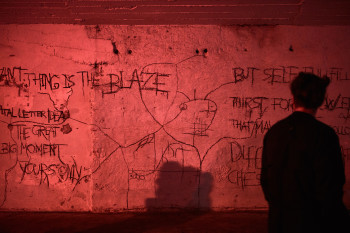 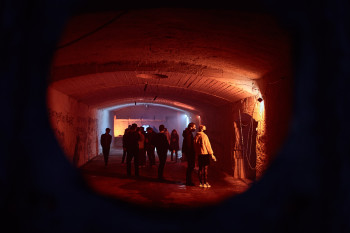 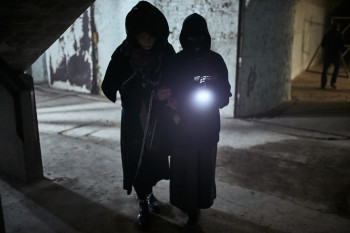 The Archive II (The Beyond) was exhibited in the group show titled Mine My Mind at art quarter budapest together with works by Szilvia Bolla, Lőrinc Borsos, Dániel Kophelyi, PPILLOVV, Adrian Kiss, and Márton Emil Tóth. The installation was realized with the help of Fanni Hegedűs and Csaba Molnár.

The most important thing is the blaze.
Enlightenment. Capital letter Idea.
There are a lot of small fish and there is one that is big.
The great moment. Yours only.

But self-fulfillment is an eternal trial period.
Thirst for knowledge
That may have the following side effects:
Difficulty breathing, chest-tingling.

If demons wake you up at every dawn you may ask:
Is there light at the end of the tunnel?
Or is this the archive of decay?
The choreographies of death?

A new subculture is born that buries its members alive.
Unbelievers. Outcasts who have ousted themselves.
Living-dead zombie children.
The most dangerous to society. 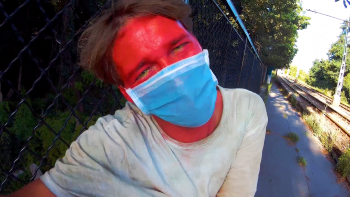 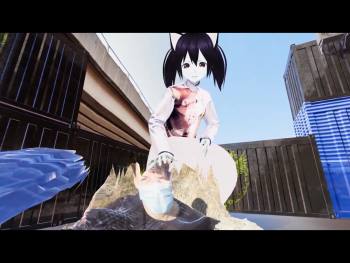 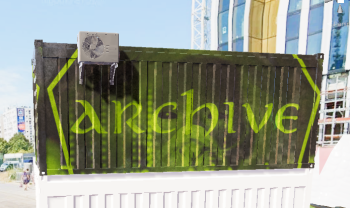 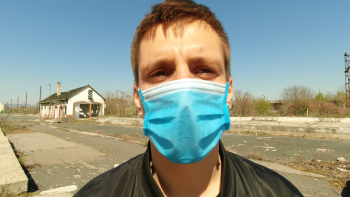 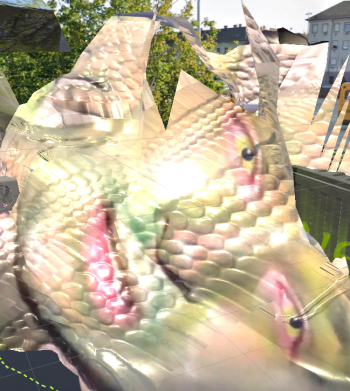 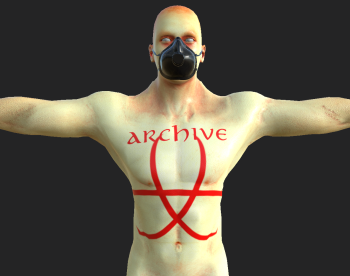 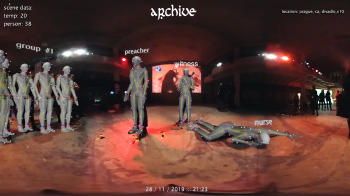 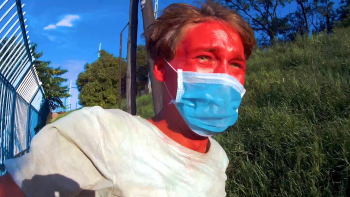 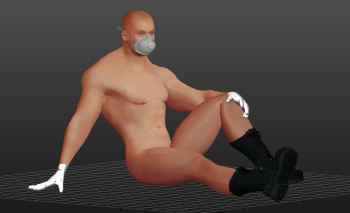 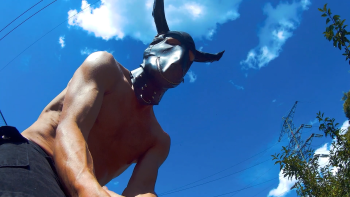 The website has been realized with the support of the Imre Zoltán Program of the National Cultural Fund of Hungary.